Returning for the third year, the fantastic work farmers have done to enhance habitats and protect bees has been recognised again for 2021. CFE collaborated with the Nature Friendly Farming Network and Defra to review submissions for the farming category. CFE would like to congratulate everyone for their brilliant submissions, there was plenty of deliberation on the winners after seeing all the impressive work the applicants have done.

Read on to learn about what each winner does to support pollinators, as well as some lovely pictures from their farms!

Located in Denbighshire, Wales, Dolwen Lamb and Beef has an abundance of pollinator friendly habitat and management on their farm. Some of the practices they do include annually sowing cover crop species such as Phacelia, Buckwheat and Sunflowers, as well as leaving patches of thistle and unimproved grasslands to flower. They choose to only lightly trim the hedges in order to retain cover and food sources for farmland species and create corridors that connect patches of habitat across the farm. They also run over 200 acres of SSSI moorland, which includes dry heath and peat bog, 90% of which is heather – They’ve noticed the bees have been particularly busy up there this year!

Not only do they have copious amounts of bee and pollinator friendly habitat and management methods but they are actively engaging with the pollinator community by agreeing to "Bee Walks" via the Bumblebee Conservation Trust and having entomologists come and count the number of moths and insects on their farm on a regular basis.

Dyson Farming Limited covers 14,000ha and has ten environmental stewardship schemes across 1,300ha of environmental features as well as managing 200ha of voluntary environmental features. They work closely with integrating their farm and the natural environment, for example increasing the number of different species within grass sward as a benefit to livestock grazing. Regular management of hedgerows and stonewall features provide shelter and areas to hibernate during the winter months.

In the tramlines for their potato enterprise they plant annual flowers to provide protection for the soil as well as foraging areas for insects and birds, who in turn help provide natural pest management. Under the wild bird cover strips, clovers are established to provide the establishing bird mix with natural nitrogen resource. This reduces the need for inorganic fertilisers with the clover fixing the nitrogen required for the establishing crop.

There is a much wider public benefit and wellbeing piece of Dyson Farming’s environmental management, as many of the features border the extensive public and permissive footpaths across the Estate. They also work with local parishes and schools to aid a better understanding for the environment and building wildlife friendly areas in nearby schools. They also actively gather evidence of pollinators on their farms with annual assessments. The site surveys that have been carried out have located Andrena nitida, one of the many solitary mining bee species that play an important part in pollinating crops and wildflowers. This species had not been recorded in Lincolnshire for 100 years.

On the other end of the spectrum, Bucksum farm is a 16ha farm and have put aside 1ha as permanent wild flower patch. They manage two natural beehives on the farm, as well as a reservoir, and the 5 year crop rotation includes plantings of clover, rye and phacelia which are topped in rotation to always leave flowers for the bees. Bucksum farms are a pesticide free business utilising biocontrols, companion planting and fleece to keep pests off their crops. They have a variety of diverse habitats on their farm including unimproved grasslands, beetle banks, hedgerows, and tracks. This has attracted a number of bee species, along side other pollinators, birds, and bats, all of which help aid in pest control.

Bucksum Farm work closely with the local community by running a number of events trough their farm shop including building natural beehives and wildflower seed gathering walks. They also run a children’s club of “Young Growers” where, amongst other activities, they make bee bombs and explore growing methods for greater biodiversity.

At Peacock Farm they support pollinators in three distinct ways: arable farming in a pollinator friendly way, bee keeping, and educating and spreading the message about why bees are important. They have put effort into making their arable farm pollinator friendly with the use of beetle banks, hedgerows with wider margins than required by cross compliance, and choosing to take some areas that are less productive out of crop use and instead growing Phacelia and other pollen mixes.

They manage SSSI meadows on the farm containing green winged orchids that are kept in line with Natural England’s requirements, and they choose to leave the hay making until after the flowers have finished blooming to maximise pollen and forage available to bees and pollinators.

They are members of the British Beekeper association, having 17 beehives on their farm, and take part in local community work including voluntarily educating neighbouring farms and schools on native pollinators, often capturing wild swarms, as well as being a member of Linking Environment and Farming (LEAF) where they plan to begin taking part in Open Farm Sunday and virtual talks with schoolchildren.

Manor Farms has a philosophy for protecting the farm viability for the future and a commitment to farming with wildlife. Many of the environmental stewardship options are in place on the farm to benefit birds, invertebrates, and vascular plants associated with the East Anglian Chalk landscape. They utilise Environmental Stewardship options including calcareous grassland, pollen and nectar mixes, wild bird seed, floristic margins, fallow areas, and cultivated margins for rare arable plants that sustain a wide range of red-listed species of birds, herptiles, invertebrates and vascular plants.

They also work with Affinity Water and Cambridge Water in protecting water quality by planting cover crops over winter, which also help to provide habitat for hibernating insects. They have also proposed to work with Affinity Water in extending this cover crop planting into the summer period to offer field-scale areas of flowering broadleaved plants as a source of pollen and nectar. They are in the process of recording the impact that their efforts have contributed to pollinator numbers on the farm, utilising the Pollinator Monitoring Scheme (POMS) methodology.

Manor Farms have partaken in farm visits with the help of Hertfordshire NFU, Farming and Wildlife Group East, Buglife and Wildlife Trust as well as encouraging local residents and schools to come on farm walks where they learn about the process of farming in an environmentally conscious way.

Congratulations to each winner, we hope to see you again for the 2022 awards!

Learn more about protecting and enhancing the habitat of pollinators on farm here. 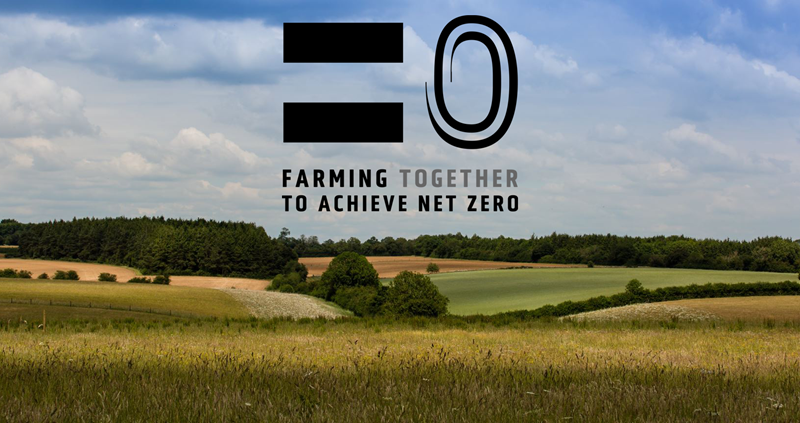 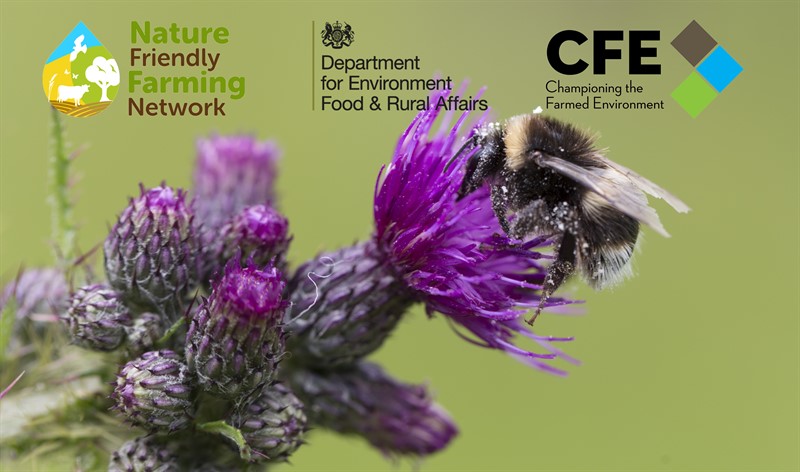 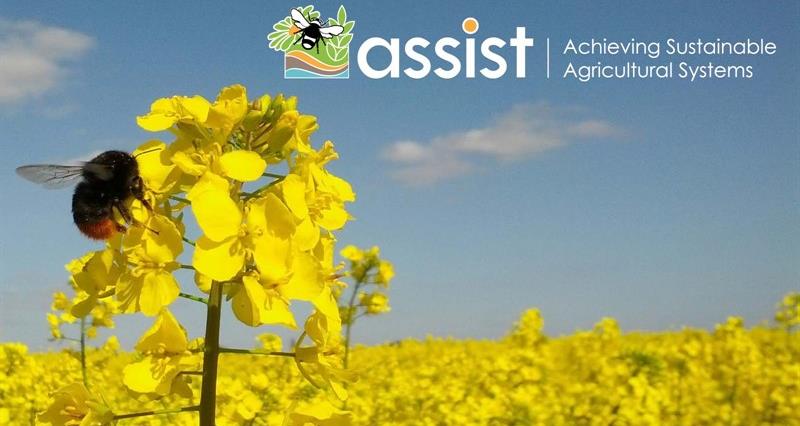 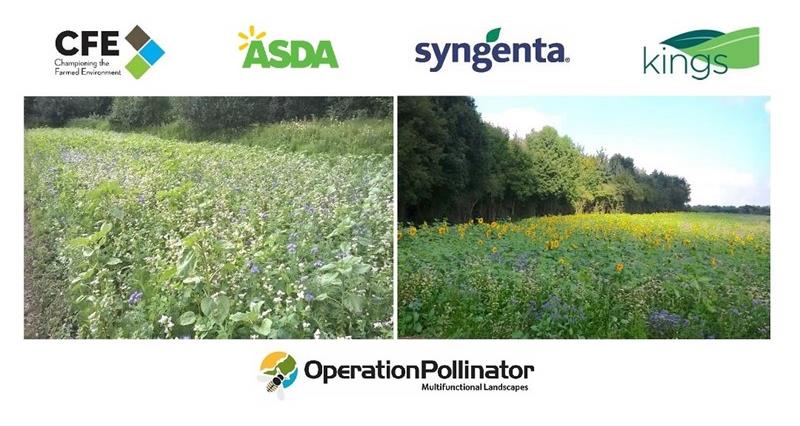 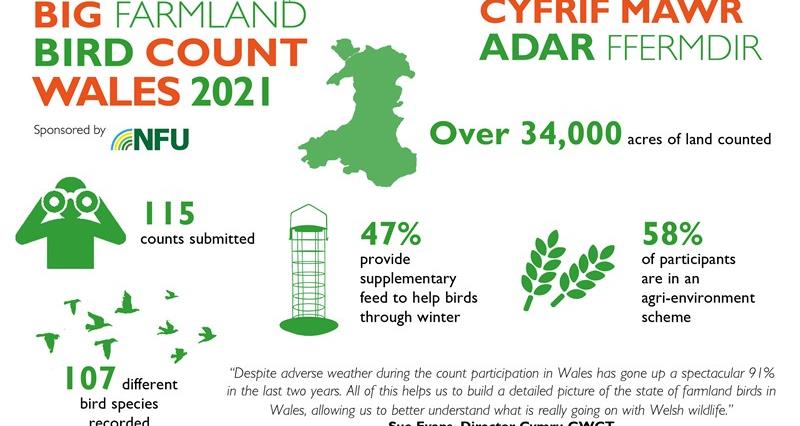