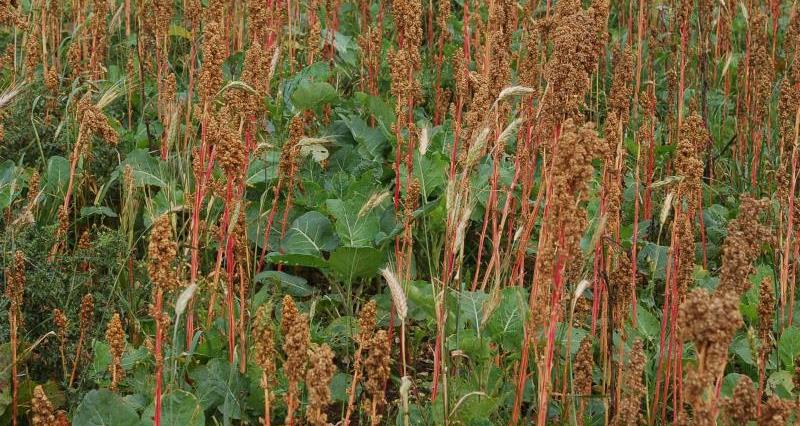 The aim: To feed wild farmland birds over winter.

The action: Sow a combination of small seed-bearing crops, but not maize or giant sorghum. For best results, sow an area of at least 0.4 ha and minimum 6m wide. Leave until the end of February (or as long as there are still seeds available).

Wild bird cover crops provide food and shelter for game birds – the only difference between these and traditional game strips is that the priority is the provision of seed food for a wide range of seed eating birds, rather than only providing holding cover for game birds.

An annual cereal-based mix will provide the most reliable food source for yellowhammers and corn buntings. Game birds benefit from the cover provided by kale-based biennial mixtures. A mix including a cereal and an oil-rich crop (e.g. kale, linseed or quinoa) will benefit the widest range of species.

How to create a brood-rearing cover for grey partridges