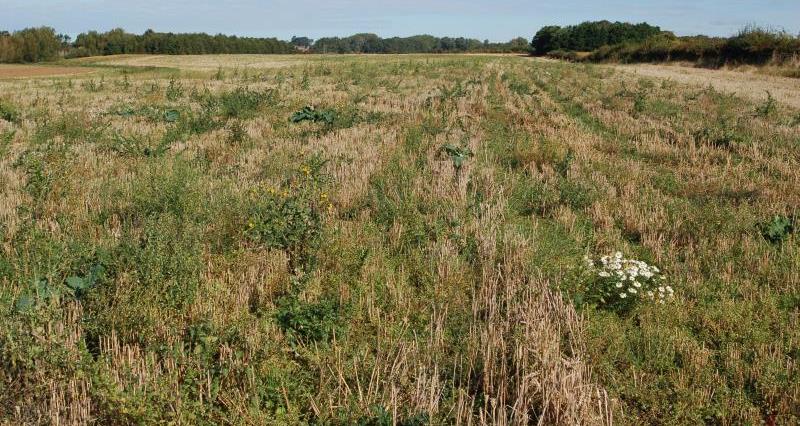 The aim: To provide food and cover over winter for birds and other wildlife, with options for increasing benefits for wildlife in the previous crop and the following spring and summer.

The action: After harvest, subsoil along tramlines and headlands to remove any compaction and then leave stubble of any combinable crop (except maize) unploughed and untreated until mid-February (light cultivations or small areas of winter cover crops are allowed).

Options include reduced herbicide use and no insecticide use in the previous crop (including where grown for whole-crop silage) to increase the stubble value. Alternately, leave stubble until mid-August (spray grass weeds if necessary after mid-May), to provide breeding habitat, foraging areas and cover.

Seed-eating birds generally experience a glut of food in the autumn immediately after harvest, but struggle increasingly to find food as stubbles are cultivated and other seed sources become depleted until new seed sources become available in the following spring.

The hungry gap can start any time from Christmas, depending on the amount of seed-rich habitats in the area, and lasts until May. Even where stubbles are retained until mid-February and seed mixtures are grown to provide seed food, a hungry gap between February and May remains and can be difficult to fill.

Any areas of stubble retained through the spring as natural regeneration, or biennial seed mixtures left unharvested through the second spring, can provide some seed food. Supplementary feeding of spare grains (for buntings and game birds) and oilseeds (for finches) in cover crops and farmland bird feeding stations are the most reliable means of providing late winter food.