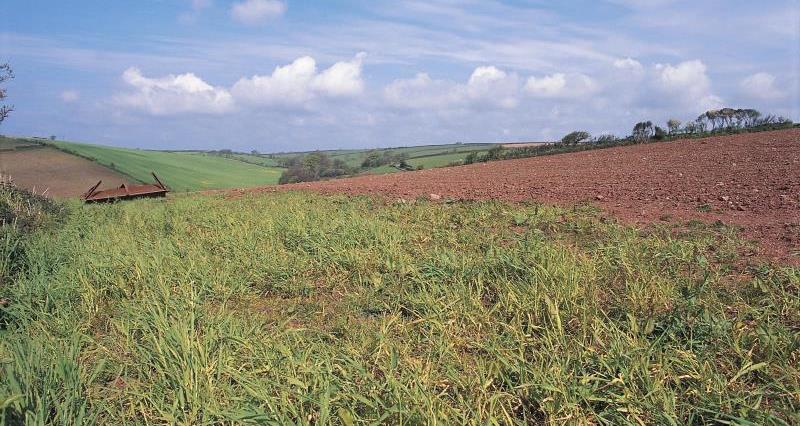 The aim: To encourage insects by allowing rare arable plants to germinate annually on lighter soils in field margins.

The action: Cultivate an arable field margin at least 3m wide to about 15 cm depth in either spring or autumn.
Avoid areas with a lot of pernicious weeds, e.g. ragwort, brome, blackgrass. Do not place next to watercourses.

Uncropped cultivated margins are generally arable field margins that are cultivated annually but not drilled, to support less competitive broad-leaved ‘weeds’ or arable plants, especially the rare species that are now the most threatened group of plants in the UK. This is the most effective measure to conserve these species.

It is vital for the conservation of these species that perennial grass margins are not established on the remaining field margins where they occur. These plants need cultivation and protection from herbicides and fertilisers.

As a group, arable plants include more species threatened with extinction than any other in the UK, with some species now confined to only a few sites.

These rare plants are generally the least competitive weeds in the arable field margins and are not found on nutrient-rich soils where the weed spectrum is dominated by competitive grass weeds and cleavers.
Many rare arable plants are now confined to the edges fields. Careful management of these margins can help them without creating a significant weed burden at the edge of the crop.

Many of these plants also feed a unique array of insects and their seeds are food for declining farmland birds.